Ten Mayors representing a mix of urban, regional and rural Victorian communities have been selected and will meet with Minister Leane four times this year to provide advice on a range of matters that impact local government.

Chaired by the Minister, this year’s panel will focus on COVID-19 recovery, gender equality, and strengthening relationships with First Nations Victorians.

For more information go to localgovernment.vic.gov.au/our-partnerships/local-government-mayoral-advisory-panel.

To align with the commencement of sections 121 and 122 of the Local Government Act 2020 on 1 July 2021, new regulations are in preparation on ‘Land Information’.

In making these regulations a Regulatory Impact Statement (RIS) is required and is being prepared by Local Government Victoria and the Sapere Research Group Ltd.

It is expected that the RIS will be released early May 2021  for a period of 28 days for public comment. After review and consideration of the public comments the Regulations will be made and in force for 1 July 2021 The documents will be made available through the Engage Victoria hotlink: https://engage.vic.gov.au/local-government-act-2020/local-government-land-information-regulations-2021 and the sector will be notified once their release date is known. To be notified of the release of this RIS and other government information, please register your interest on the website.

The members of the 2021 Local Government Mayoral Advisory Panel are:

The panel will meet for the first time on 21 April via videoconference.

Local Government Minister, the Hon. Shaun Leane MP, recently announced the formation of a new Gender Equality Advisory Committee (GEAC). The GEAC will draw on the experience of women from across the sector to ensure local government can harness the benefits of equality for all Victorians. This new committee has been formed in an effort to drive gender equality across Victoria’s 79 councils.

The committee will advise the Minister for Local Government and Minister for Women, the Hon. Gabrielle Williams, on how to deliver the Government’s target of 50 per cent female mayors and councillors by 2025. The implementation of equality measures in the Local Government Act 2020 and Australian-first Gender Equality Act will also be a priority, addressing the challenges identified by women elected as councillors and as council employees.

This work follows the 2020 local government elections, where 272 women were elected to council – representing 43.8 per cent of councillors. While a new high for both Victoria and the nation, there is still some way to go to achieve the 50 per cent target by 2025.

MPs Juliana Addison and Kat Theophanous will co-chair the new committee, with ten places open for mayors, councillors, chief executives or senior council officers. Expressions of Interest are now open and Mayors and CEO’s will soon receive a letter asking them to think about this opportunity for themselves or someone they know.

Applications for the 2021 round of the Growing Suburbs Fund are now open, with $50 million available for infrastructure projects in interface and peri-urban councils.

The fund can be used for key community assets like pavilions, playgrounds, community, childcare and health centres, libraries, paths and streetscape upgrades that growing communities need.

Since it was established in 2015, the fund has facilitated $755 million worth of projects and created more than 7500 jobs.

For more information on the Growing Suburbs Fund, including the 2020-21 Guidelines, visit www.localgovernment.vic.gov.au/grants/growing-suburbs-fund. Applications for the 2021 round of the Living Libraries Infrastructure Program are now open, with a record $10 million available.

Councils can apply for grants of up to $1 million to expand and modernise existing libraries, build new libraries or buy new mobile library vans.

Increased funding for the Living Libraries program is part of a record $56.9 million commitment to libraries from the Victorian Budget 2020/21.

For more information on Living Libraries and this year’s application guidelines visit https://www.localgovernment.vic.gov.au/grants/living-libraries-infrastructure-program 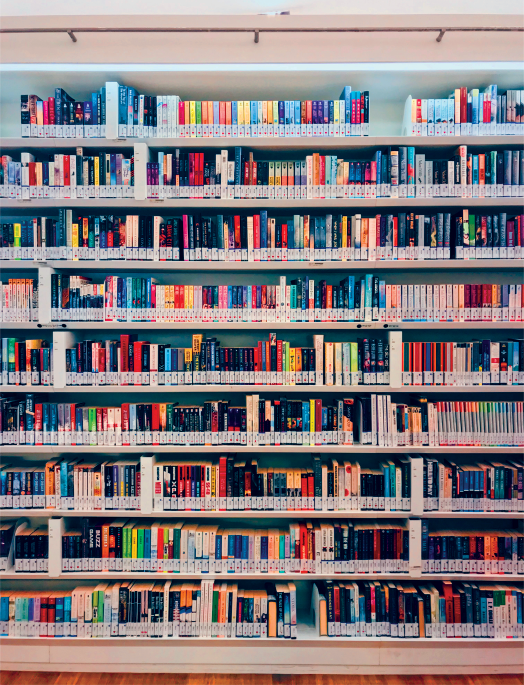 The Minister for Local Government has released the final report of the Local Government Rating System Review and the Government response to its 56 recommendations. These are published at https://engage.vic.gov.au/rating-review.

The Government response will support ratepayers in financial hardship, improve transparency and consistent decision-making across councils. It will examine the merits of a valuation averaging mechanism for rates to lessen the impact of large annual property value movements.

Reforms to system administration and ways to give councils improved tools for waste charges, special rate and charge schemes and more flexible rate concessions will also be pursued.

The Government will not be making any substantial changes to the arrangements for general rates and rate exemptions under the Local Government Act 1989 and alternative rating arrangements under the Electricity Industry Act 2000 and the Cultural and Recreational Lands Act 1963.

Local Government Victoria will provide a local government technical briefing on the final report and the Government’s response in January 2021.  An invitation will be sent to council CEOs once a date and time is confirmed.

The Victorian Budget 2020/21 was tabled in Parliament by Treasurer Tim Pallas on November 24.

This year’s budget focuses on people - protecting and creating jobs, looking after families, building strong and connected communities, and setting Victoria up for a strong recovery.

The Minister’s media release on the Local Government appropriation is available here.

An overview of the key budget highlights for the Local Government portfolio:

You can also visit the Victorian Budget 2020-21 website to see the full range of initiatives that are funded through this year’s budget.

Councillors must lodge a Personal Interests Return with council within 30 days of taking the oath or affirmation of office.

LGV has worked with a small group of council officers on developing a draft Quick Guide on Personal Interests Returns.

Personal Interests Returns are a new requirement under the Local Government Act 2020.  They replace all previous requirements and there is new information set out in regulations.  The new requirements impact on councillors, council staff and members of delegated committees.

38 hard-working rural councils have received up to $100,000 each for vital technology to enable virtual meetings and continue community engagement during the coronavirus (COVID-19) pandemic.

The funding from as part of the $3.8 million 2020 Rural Councils ICT Infrastructure Support Program, designed to help rural councils with the costs imposed by COVID-19 restrictions on public gatherings and workplaces. It can be used to fund a range of different measures including new audio-visual systems, software, councillor training and equipment.

Rural councils face particular challenges meeting the costs of this work, with limited financial resources to fund the training, equipment and other ICT infrastructure required.

A full breakdown of individual councils‘ funding from the ICT support package is available at https://www.localgovernment.vic.gov.au/funding-programs/ict-infrastructure-program

More than 700 jobs and 28 new and upgraded community facilities are on the way for Victoria’s fastest-growing areas thanks to $25 million from the latest round of the Growing Suburbs Fund.

From the new Cowes Cultural and Community Centre in Bass Coast to a new youth hub in Golden Plains, the Fund is investing in much-needed new facilities, creating jobs and giving communities the facilities they need to thrive.

Of the 28 projects, five are in the peri-urban councils eligible to apply to the fund for the first time – Bass Coast, Baw Baw, Moorabool, Golden Plains and Surf Coast, creating more than 150 jobs in these fast-growing communities.

Since its establishment in 2015, the Fund has facilitated $755 million in local infrastructure, created more than 7470 jobs created and supported 221 projects.

A full list of the successful projects is available at https://www.localgovernment.vic.gov.au/grants/growing-suburbs-fund.

For an example of the kind of impact the Fund has made, watch this video about the very first funded project, the Epping Community Services Hub: https://www.youtube.com/watch?v=c4-sBK9dyKU&t=110s

Getting ready for the Local Government Act 2020: Community Engagement Policy

Getting your Community Engagement Policy in place by 1 March 2020 is critical to ensuring you can deliver on your community vision, your council plan, your asset plan and your financial plan.

On Thursday, 16 July 2020 more than 155 people from across councils in Victoria came together to discuss how to put their community engagement policy in place.  Participants heard from several councils’ experience how they are developing their community engagement policy.  You can access a recording of the event here.  You can also access the documents referred to in this session here.

In the lead up to this event a number of FAQs were generated and you can access the responses to these FAQs here. We will update this list of FAQs as required.

We encourage councils to continue to access the EngageVic website for updates on community engagement and other issues relating to implementation of the Local Government Act 2020. In line with advice from the Chief Health Officer local government elections scheduled for October 2020 will proceed via postal vote.

This will be the first time postal voting has been used across all Victorian councils, following changes introduced in the Local Government Act 2020 that require a state-wide and uniform approach to voting.

To ensure the election is safe and follows physical distancing requirements, longer candidate statements will be allowed in the Victorian Electoral Commission (VEC) Voter Information packs. The new Local Government Act 2020 supports closer relationships between councillors and their communities through changes to council electoral structures.

For the 2020 local government elections, 10 councils will be changing to a single member ward or unsubdivided structure.

For more details view the electoral structure changes for the 2020 election. 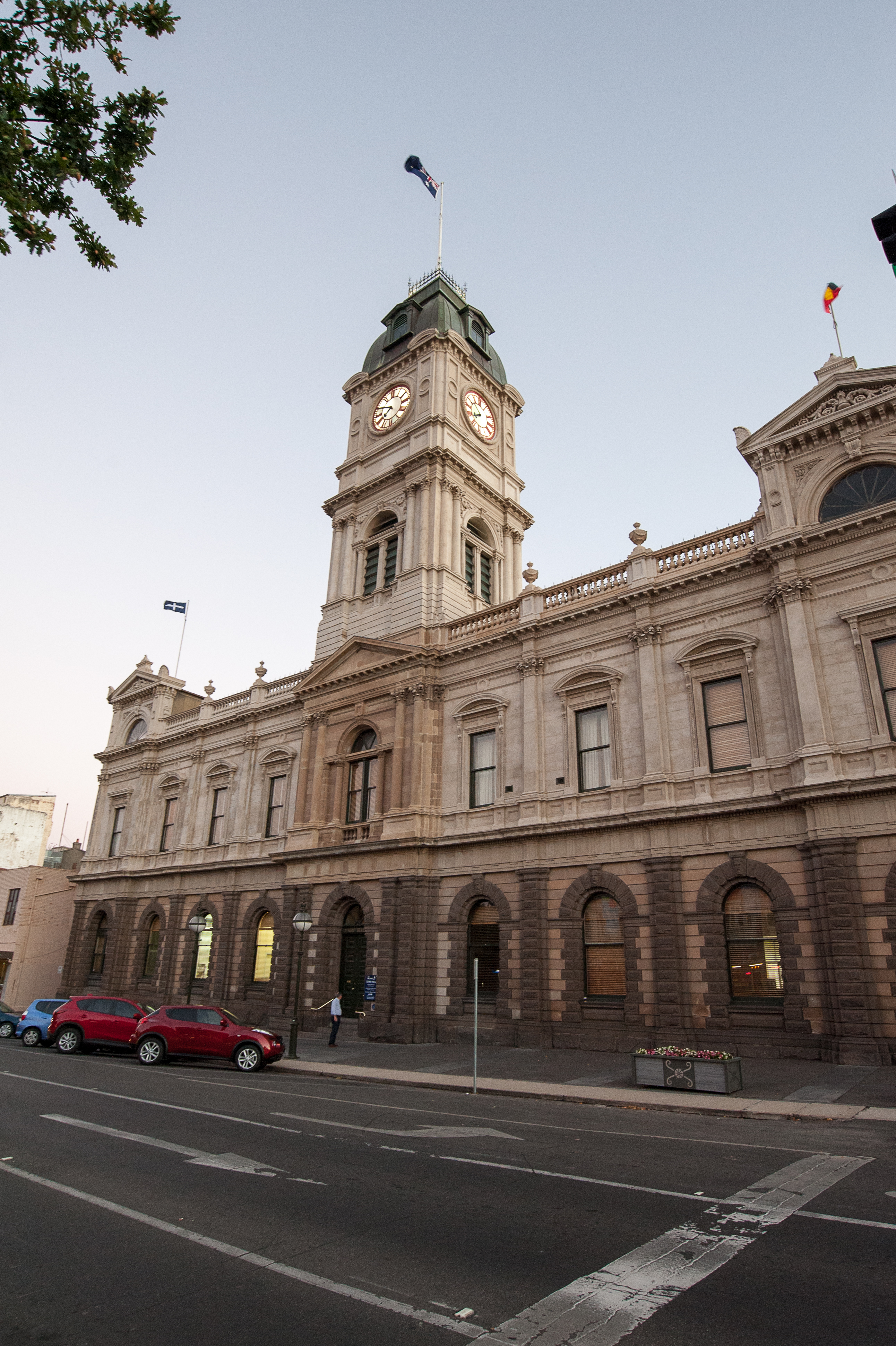